The End of the World Polka

mouth open, his tongue hanging out,

and even the wind was frightened

of him, and even the moon and stars

were frightened of him. He could extract

all the wisdom out of everyone in the house

and devour all the holiness and knowledge

that ever hath been embedded in the hearts

of all who dwelt in that dark place

of pestilence. Oh, who would ever deny it?

Who would have enough air to inhale

the necessary antidotes of fierce courage

and forbidden thoughts of everlastingness?

universe, the one, you know, that keeps expanding further and further out

wherein all the other

that deep and terrifying dark

into the cosmic, comic fallen world of light, where people get married,

daughters talk back to their fathers,

and one spidery ding in the windshield

spreads everywhere throughout the kingdom

until the ground cracks open

and the priests fall in to their doom.

The drunken girls are in the ocean.
When they come out it will be time for Mass
and communion at St. Camillus. Our souls
are scrubbed clean by now, though we eye
their lovely curves outlined in tight white skirts.

There are no strangers here. We are all immigrants
to the 20th century and we learn time
with our feet. We can smell the music
like the new mown meadows of the homeland.
Over here, we have too much to eat
but never enough to fill us up.

We talk incessantly in our sleep
and we are always asleep. Our dreams
are ridiculous cartoons about monsters
that nonetheless wake us with our own screams.
We are stupid about love, dumb about sex,
and captured for life by the rapture of loss.

Incidents of Travel in the Minivan

I wake up in a car park at the airport
in Darbytown, a medium-sized city
125 miles from Wellington, New Zealand.
I have only just landed, and it is a
beautiful, sparkling day. I find myself

Sitting behind the wheel of my rental
van, consulting a map, when the only
other motorist in the car park, a few
spaces away, yells over to me, “Hey,
mate, there’s a condor on your roof.
Best beware.” As you probably know

Condors are about as big as the average
sized man, and they are known to
snatch drivers right out of their cars,
who are never seen again. I immediately
hit the button to close the window

And that’s when I hear it. The condor
growling like a mad dog, angry
that I have closed the window before he
can grab me and make off with his prey.
Until then, I did not know a bird could growl. 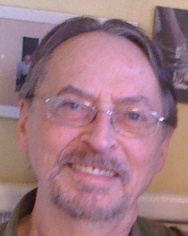 Terence Winch’s most recent books are This Way Out (Hanging Loose Press, 2014), Lit from Below (Salmon Poetry [Ireland], 2013), and Falling Out of Bed in a Room with No Floor (Hanging Loose, 2011). He has received various awards and honors, including an American Book Award, an NEA grant, and a Gertrude Stein Award for Innovative Writing.

Find out more about…